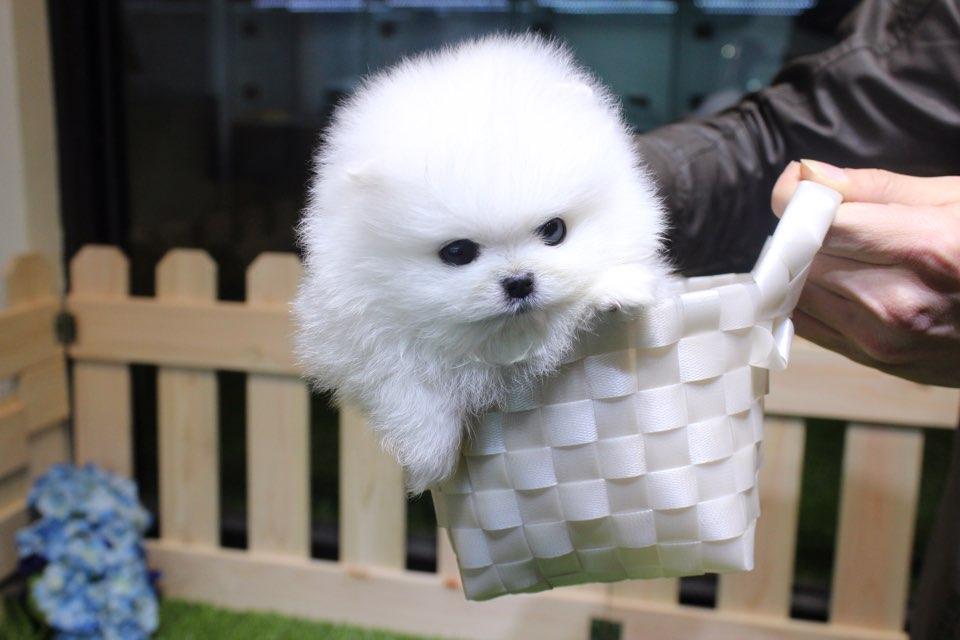 CLICK HERE TO VIEW OUR AVAILABLE PUPPIES FOR SALE 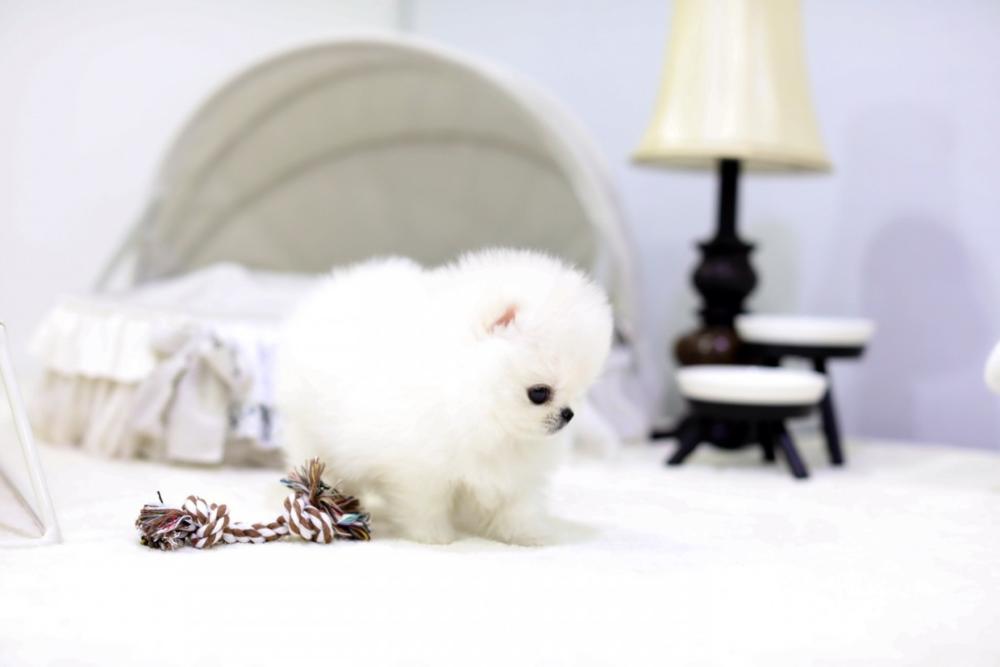 At Frank Teacup Pomeranian home get profitable sales with healthy puppies at affordable rates, We offer a 50% discount to any puppy purchased from us within this period, Also shipping is available so feel free and safe to browse through our website for more details on our puppies
All of our puppies are raised in our home, as part of our family, to ensure lots of care, attention, and the best socialization and interaction possible. And don't forget
lots and lots of Love!!
Our puppies receive proper vet care, and are up to date on all of their vaccinations,
micro-chipped for permanent identification, before leaving for their forever home.
We strive to produce puppies that will be the perfect addition to your family.

Temperament
The Pomeranian is a proud, lively little dog. It is intelligent, eager to learn, very loyal to its handler and family. The Pom is a wonderful companion and show dog. The breed's docile temper and affectionate nature endear it to many. It is alert, inquisitive and active: one of the most independent of the toy breeds, it needs a firm, gentle hand. Its liveliness and spirit make it well-liked by persons who do not usually care for toy dogs. Pomeranians may be picky eaters. If they are properly introduced they usually get along with other dogs and household animals without any problems. Poms make good little watchdogs. Teach this dog early that it may bark a couple of times when the doorbell rings or when there are visitors, but then to keep quiet. Be very consistent about this. Poms have a delightful nature and do not cling to their handlers. This happy pup is good at learning tricks. Pomeranians need to see their owners as boss or they will become very demanding. If you allow your dog to tell YOU when and where to do things than you have a potential problem on your hands and you may not even realize it. It is not cute or smart, it's dominance and will lead to bigger problems in the future if it has not already. Because of this breeds tiny size and its adorable Ewok-looking face, there are a very high percentage of Poms that fall victim to Small Dog Syndrome, human induced behaviors where the dog believes he is pack leader to humans. This can cause many varying degrees of behavior problems, which are NOT Pomeranian traits, but behaviors brought on by the way they are treated by the humans around them. Behaviors include, but are not limited to separation anxiety, becoming willful, nervous, bold and sometimes temperamental, not hesitating to attack much bigger dogs. Guarding behaviors and excessive barking as they try and tell THEIR humans what THEY want them to do. They can become reserved with strangers, barking at them excessively, and sometimes growling, snapping and biting. Because most humans treat this tiny canine in such a manner that the dog does not see them as pack leader, they are not recommended for children. However, if a Pom is given rules to follow, limits as to what it is allowed to do, daily pack walks and a calm, self-assured pack leader who displays confident assertion towards the dog, this can be a well-rounded, mentally stable, trustworthy, wonderful family companion. Because of its size, it can make a good companion for an elderly person.


Are they a good choice for first time owners?
The Pomeranian is a great first-time dog because they are so biddable by nature and therefore easy to train. With this said, they can be a little harder to house train than other breeds of a similar size, but with patience, perseverance and gentleness, a Pomeranian can be taught to do their "business" outside.


What about prey drive?
The Pomeranian is a social character by nature and they get on with other animals they meet which includes other pets in a household. They don’t like straying from their owners which generally means they are less likely to take off after an animal they may have spotted in the distance.


What about playfulness?
The Pomeranian remains very puppy-like in their behaviour well into their senior years and being so intelligent, they quickly learn what pleases an owner. They are playful dogs by nature without being overly demanding although they hate being left on their own for any length of time.


What about adaptability?
The Pomeranian is a very versatile and adaptable little dog being just as happy living in an apartment in town as they are living in the country, providing they are given enough attention, mental stimulation and daily exercise.


What about excessive barking?
Unfortunately, the Pomeranian is known to like the sound of their own voices a little too much. As such, it's essential that owners gently curb their pet's desire to bark when puppies are still young, but this needs to be done carefully so as not to frighten them which could end up with them barking even more. It's also important to understand that the Pom thrives on being around people and will bark incessantly if they find themselves on their own for long periods of time. In short, a Pomeranian would bark to get attention and to let the world know how unhappy they are at being left alone.


Life Expectancy
About 12 to 15 years

Offer of the month
For this week – Buy one puppy and receive 50% off
We offer a 30 days money back guarantee if you decide not to keep our puppy after our puppy arrives your home.
Make a down or full payment today to reserve or get your new fur baby

Teacup Pomeranian puppies for sale under 500$

Puppies for sale in USA

Pomeranian puppies for sale in USA

Male and Female Poms for sale